Since the advent of mobile phones and social media, there has been a development in journalism. Where previously a reporter had to rush to a newsworthy event with a huge camera to shoot a picture or film, everyone can nowadays document events by reaching for the phone in their pocket. Let alone sending the images. It used to be done analogously or via a slow modem, but sending photos and films now is a piece of cake. This phenomenon, in which amateur journalists disseminate news images of events they happen to encounter, is called ‘citizen journalism’ (Huub evers, Media Ethics, 2011).

This rise means stiff competition for the traditional journalistic profession. Whereas media channels such as newspapers and the news have to pay a fortune to use images from a professional reporter, amateur images can often be shown for a pittance or even free (Martine Braam, De Nieuwe Reporter, 2015; Reyer Boxem, VillaMedia, 2021). However, opinions are divided on the rise of citizen journalism and in some cases citizen journalists are diametrically opposed to professional photographers.

An important advantage of citizen journalism is speed. Whereas a professional photographer often still has to leave a newsroom to shoot beautiful images of a newsworthy scene, there are almost always ‘civilians’ with a mobile phone at the scene, by chance. As a result, in some cases, ‘ordinary people’ are able to spread news faster than traditional reporters.

This speed of citizen journalists can be seen, for example, after the crash of the US Airways flight 1549 into the Hudson River in 2009. This controversial photo was taken by a chance passer-by and was the first to reach the news via Twitter. A professional photographer could never have published a photo at this speed (Martine Braam, De Nieuwe Reporter, 2015). 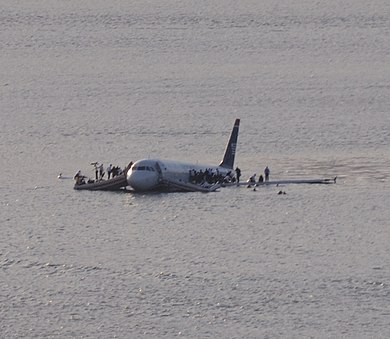 We can also see examples of this closer to home. You probably remember the riots against the corona measures in January 2021. Many amateur reporters took to the streets to capture images of the unbelievable events that took place that day and posted them on social media. This way it was possible to quickly get a complete overview of the situation and almost feel present among the rioters.

Besides speed, diversity is also an important argument used to point out the advantages of citizen journalism. According to Mark Deuze, professor of journalism and media at Leiden University, journalists are often highly educated white men. This homogeneity of news producers can usually give a one-sided picture. Through citizen journalism and photography, new, broader and diverse perspectives can be created in the production of news (Marjolein van Heemstra, Trouw, 2007). A good example of this is the documentation that prompted the Black Lives Matter protests in the US. Eric Garner, a Black man, is murdered by the police as a result of excessive police brutality.

The footage with Eric Garner, shot by an amateur, goes around the world and shows a somewhat unfamiliar image to many, namely the police as aggressor.

It is also argued that ‘mainstream media’ follow a certain (political) agenda and that citizen journalists have an objective view because they are not tied to an organisation. However, journalists are decrying this phenomenon and recognising a number of dangers in the rise of citizen journalism.

Media sociologist at the Amsterdam University of Applied Sciences, Theo Ploeg, expresses his concerns. Ploeg states that images from a professional journalist always go past an editorial board that evaluates the images on the basis of ethical and news values, as a result of which unethical and shocking images are filtered out (Marjolein van Heemstra, Trouw, 2007). This intermediate step doesn’t exist in citizen journalism. Pictures and videos that are under discussion include the following images taken during the terrorist attack on the Bataclan in Paris in 2015.

In this video, you see people fleeing for their lives, screaming for help. Can these images taken by a bystander be shared just like that? Experts say there’s a danger of a culture in which bystanders give priority to making exclusive images instead of helping people in need (Huub Evers, Media Ethics, 2011). Accidents and situations where people are in need would mainly attract disaster tourists instead of people who want to help victims.

This was also discussed in the following video.

A citizen journalist films a family getting out of their car in the safari park Beekse Bergen, which is explicitly forbidden because it is dangerous. Afterwards, the person who posted the video got a lot of criticism: why is he filming the family instead of helping them?